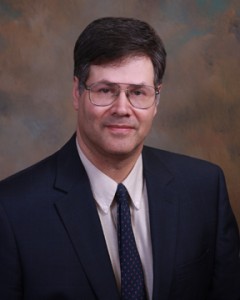 Stewart A. Sutton is a native of Lexington, Massachusetts. He attended Cornell University in Ithaca, New York, where he earned a Bachelor of Science degree in Industrial and Labor Relations in 1984.

Mr. Sutton graduated from UCLA Law School and was licensed to practice law in California in 1987. For the next seven years, he worked as an associate for several law firms in Los Angeles and Beverly Hills, where he gained valuable experience as a civil litigator, trial attorney, and appellate lawyer.

In 1995, he was admitted to practice law in Maryland and the District of Columbia; and he relocated his practice to Germantown, Maryland. His innovative litigation tactics and skills garnered attention from the Washington Post, Montgomery Journal, and Montgomery Gazette as well as many local television and radio stations. As a direct result of Mr. Sutton’s exposure of systematic misconduct among security guard firms, the State of Maryland in 1999 enacted legislation to address the problem.

In 2014, Stewart A. Sutton was appointed by the President of the Montgomery County Bar Association to serve on the Circuit Court’s Bench-Bar Committee.

A half dozen of his appellate cases have been reported:

Stewart A. Sutton lives in Gaithersburg with his wife, Dr. Janet P. Sutton, who is a health care researcher. They share their home with two furry friends: a Sealyham Terrier and a Scottish Terrier.

Mr. Sutton was the managing partner of an equity investment partnership for 10 years. He has been a member of Red Sox Nation since 1972 when the Red Sox became the only team in history to lose a division by a half game.

10 Things You Need to Know About Hiring an Attorney

Visit us on LinkedIN

Visit us on Google+

Disclaimer: This web site is designed for general information only. The information presented at this site should not be construed to be formal legal advice nor the formation of a lawyer/client relationship. Each case is different and that the lawyer's past record in achieving favorable results for clients does not guarantee that he will be successful in reaching a successful outcome in any future case.